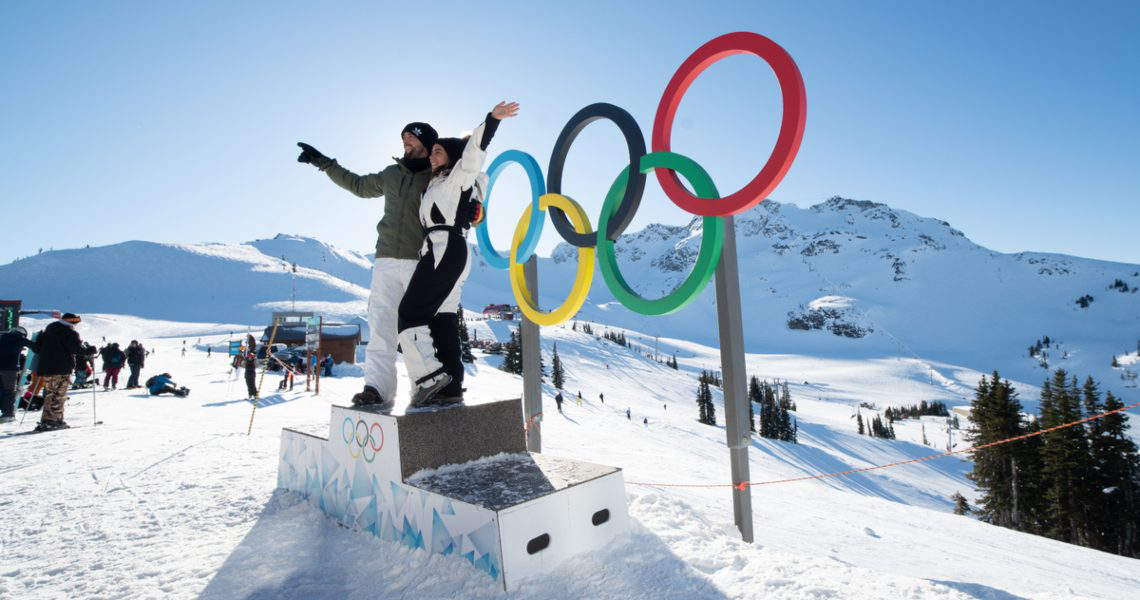 How to Revisit the Magic of the Olympics in Whistler

As the world came together to watch the 2022 Winter Olympic Games officially kick off on Saturday 4 February, we couldn’t help but reflect on Whistler’s rich history and feel a great sense of pride and nostalgia for the role the resort played in the 2010 Winter Olympic and Paralympic Games.

In 2010, the world’s most impressive athletic stage came to British Columbia. Visitors, locals and athletes alike gathered to cheer on Olympians as Whistler played host to events in the Vancouver Games. And though the Games are long gone and the roar of the crowd has died down, the lasting impact on Whistler and its community is incredible.

But don’t take our word for it, experience it for yourself. Live out your Olympic dreams by exploring the lasting legacies that the Games brought to Whistler. From sporting arenas to authentic artifacts, we’ve pulled together a few ideas of how you can revisit the sites and the excitement from the 2010 Winter Olympic and Paralympic Games in Whistler. Additionally, for the Olympic fans who want to get as close to the action as possible, we’ve included a few suggestions of where to base yourself on your vacation in Whistler.

Try the Bobsleigh and Skeleton at the Whistler Sliding Centre

Located above Whistler Village on the side of Blackcomb Mountain, the Whistler Sliding Centre is home to the fastest ice track in the world! The world-class venue played host to the competitions for bobsleigh, skeleton and luge in the 2010 Winter Games and continues to grow these sports as a training and competition site.

Year-round, the Whistler Sliding Centre invites you to try some of Whistler’s most unique activities and follow in the footsteps, or should we say tracks, of past Olympians. Get a taste for some of the most exhilarating sports in the world and conquer the ice by sliding down the track in a four-person pilot-led bobsleigh, or if that feels a little too…safe, wind your way around the bends head-first on a skeleton sled! 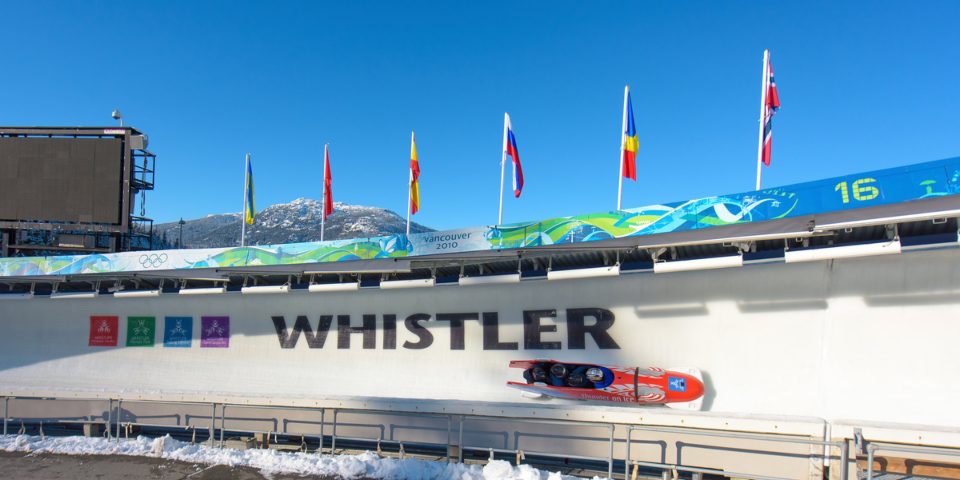 Passenger Bobsleigh and Public Skeleton run rain, snow or shine and therefore are the perfect addition to your time in Whistler, whatever the weather. Some physical requirements do apply so we recommend talking to our concierge team and booking in advance.

If the Whistler Sliding Centre is a not-to-be-missed item on your Whistler itinerary, why not base yourself close to the action in this 4-bedroom townhome. It offers direct ski access to Blackcomb Mountain, a dreamy sunken hot tub on the deck and a secure garage for one car.

Connect with your family and friends at Whistler Olympic Park, in the beautiful Callaghan Valley, just south of Whistler. Built for the Olympic Winter Games in 2010, it was the first Olympic Nordic venue to include all three traditional Nordic sport stadiums on one site: cross-country, ski jumping and biathlon.

Explore the park’s spectacular landscape as you cross country ski on close to 90 kilometres (56 miles) of well-marked trails. Follow tracks through ancient forests, up to viewpoints and Olympic monuments. Regardless of whether you’re new to the sport or an avid skier, Whistler Olympic Park is a great place to learn! While the park offers trails for all ability levels, beginner and advanced cross-country ski lessons are on offer at the Olympic venue. 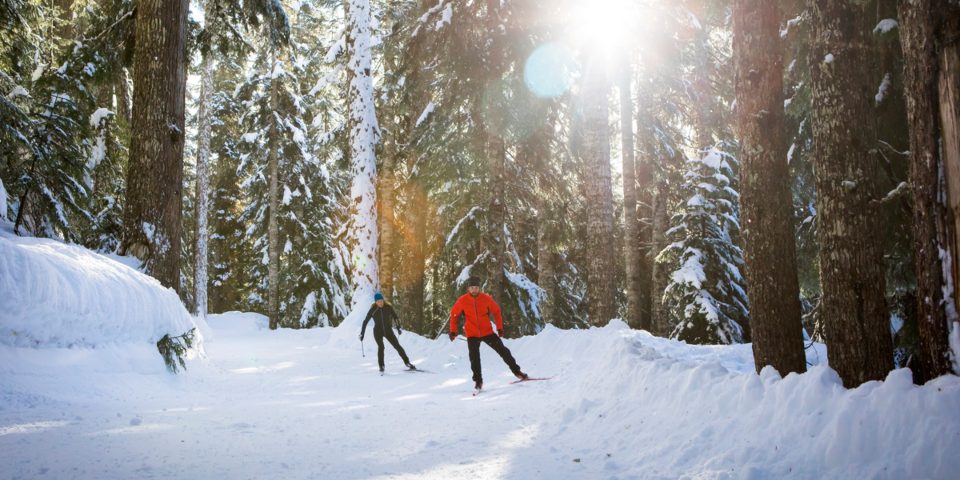 Dogs can get in on the excitement, too! Whistler Olympic Park offers the largest designated off-leash dog area in the Sea to Sky Corridor, boasting 30 kilometres of dog-friendly cross-country ski trails. After you and your four-legged friend have worked up an appetite, visit the onsite cafe for delicious dine-in or to-go options.

Unlike the other Olympic sites on this list, you will need a car to visit Whistler Olympic Park as it lies around 25km south of Whistler Village. See yourself spending some time at Whistler Olympic Park and would like to stay as close as possible? We recommend this luxury Whistler chalet for your next getaway. The contemporary retreat has everything a large family or group needs with 5 bedrooms, large open living spaces and a beautiful chef’s kitchen, perfect for prepping meals when entertaining friends.

Whistler Olympic Plaza is the site where the best athletes in the world stepped up to the podium to receive their medals at nightly victory ceremonies in front of a cheering crowd of thousands at the 2010 Winter Games. It’s also where the Paralympic Closing Ceremony concluded Whistler’s role as Host Mountain Resort.

Framed by snow-capped mountains, the Whistler Olympic Plaza has become a photo hotspot in town, with Olympic fans pausing to get snaps with artifacts including the Olympics Rings and the original Olympic cauldron which have found a permanent home in the plaza. 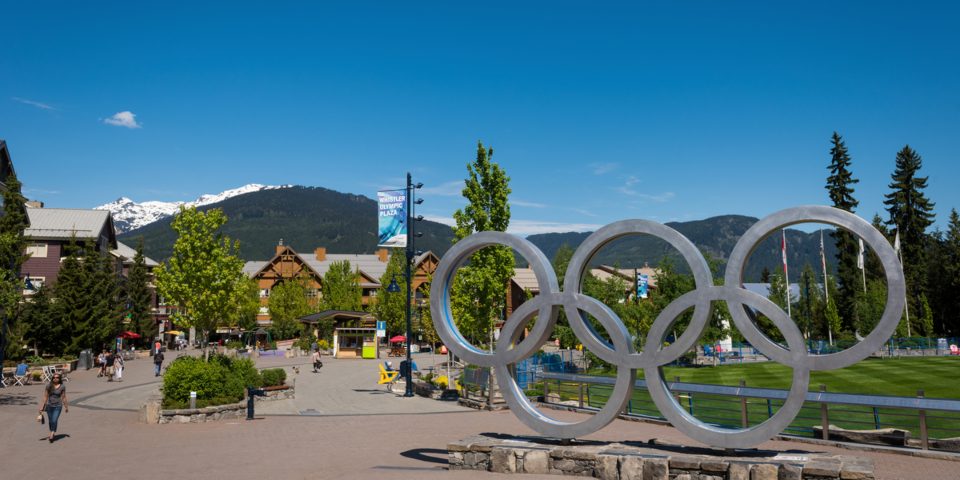 The spirit of celebration has lived on in the Olympic Plaza, with the space continuing to be a vibrant hub for the community to gather. In summer, the Plaza is a popular venue for outdoor concerts and film screenings, with its lush green grass offering the perfect place to lay out a rug and sit down with a picnic. When snow covers the ground, the Plaza is transformed into a winter wonderland and a special ice rink opens under thousands of twinkling festive lights.

If being close to one of the best family venues in the heart of Whistler Village is speaking to you, be sure to check out this 2-bedroom 2-bathroom condo in Hearthstone Lodge. It offers guests spacious living, a private hot tub and a cozy fireplace.

Whistler has drawn visitors to ski for decades with its abundance of varied terrain and unbelievable views, and with over 8000 acres of skiable terrain, it’s no wonder Whistler Blackcomb was selected as the site for many of the alpine skiing events at the 2010 Games.

You can live your Olympic dreams by skiing or riding the iconic Dave Murray Downhill, one of the longest downhill courses in the world at 3.1 km. Situated on Whistler Mountain, this bucket list run is where the men’s downhill, slalom, giant slalom, super combined and superG races were fought out. 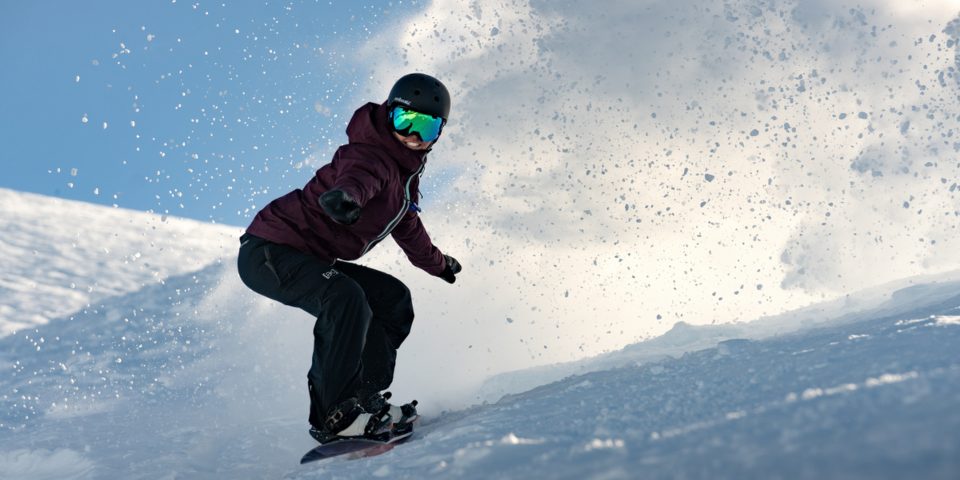 The Dave Murray Downhill is yours to ski this winter! Nicely groomed for speed in the mornings, the black diamond run starts wide and easy but you’ll quickly pick up the pace in no time. Glide through the trees as you descend down to Creekside Village for either a gondola ride back up to Red Chair, or a well-earned beer and nachos at Dusty’s Bar & BBQ – we’ll save you a seat!

If ski access on Whistler Mountain is a must for your vacation, this log accent home is the alpine retreat you’ve been dreaming of. Located alongside the Dave Murray Downhill ski run on Whistler Mountain, you can curl up next to the fireplace and enjoy scenic views or step out onto your spacious private deck and breath in the fresh mountain air.

Of course, you can always connect with the magic of the Olympics by strolling around Whistler, visiting the Whistler Museum or Whistler Library, or chatting to some locals! However you’d like to relive the historic moment, our team of Whistler locals are here to help make it happen. 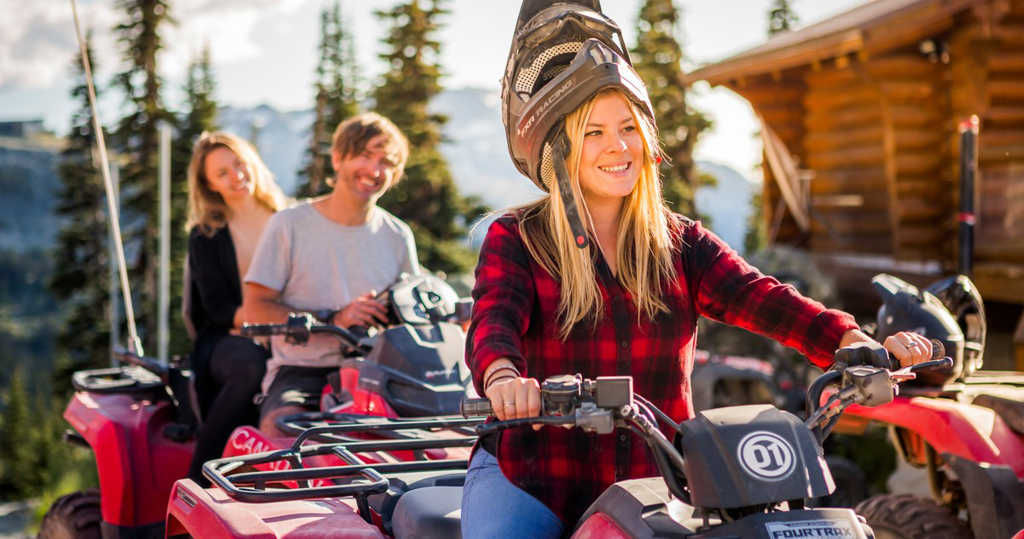 Summer is just around the corner and here are our top 10 Whistler summer activities! 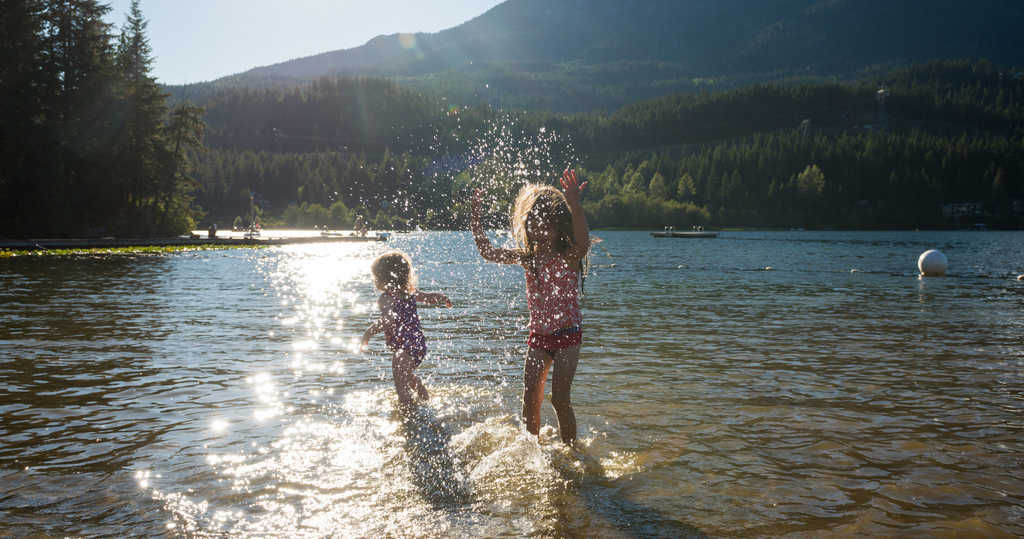 Whistler Platinum has put together a list of our must-do family activities, camps and festivals happening this summer to create the ultimate family summer guide. 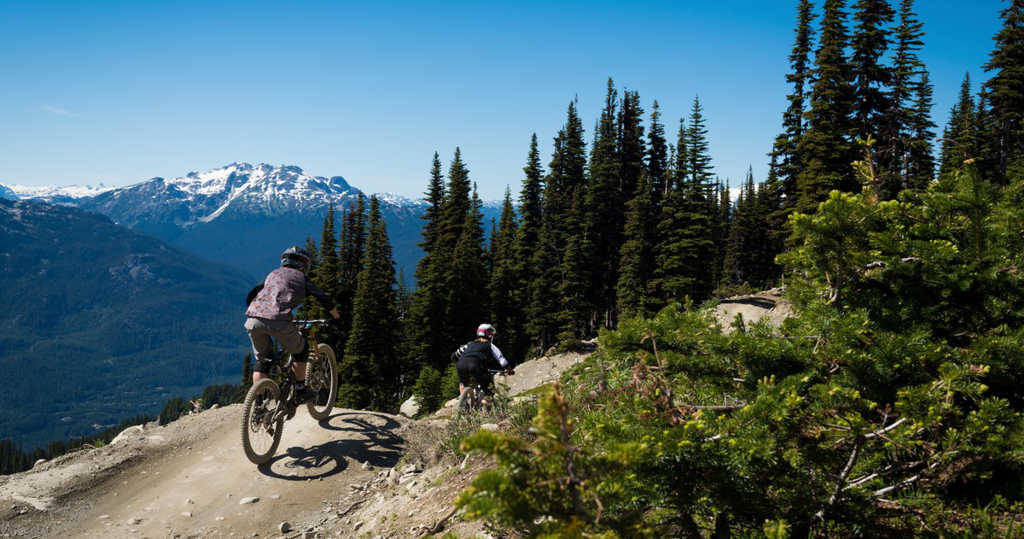 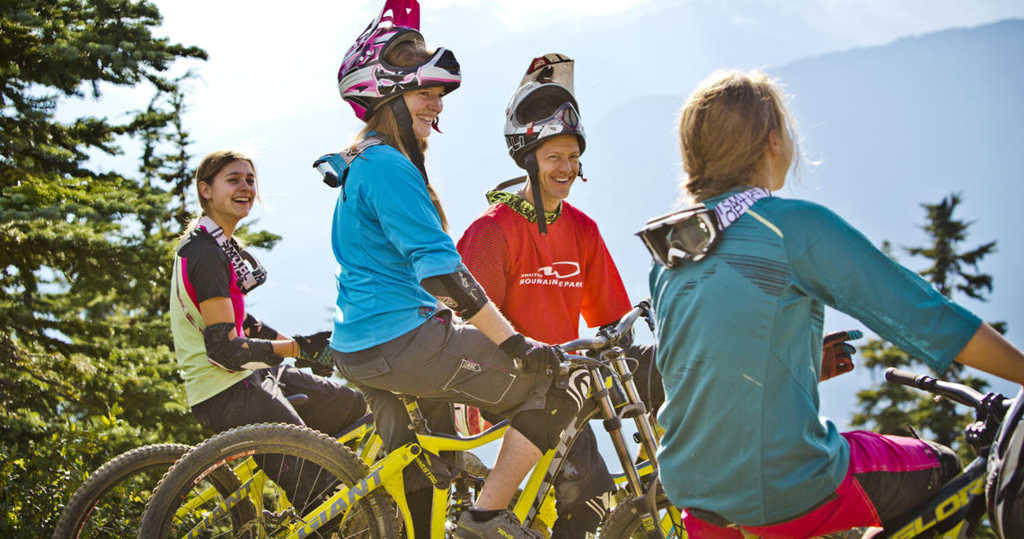 Start spreading the news! As of August 7th, the Creekside Gondola will now be open to mountain bikers. Now you can stay in Creekside and access the bike park with…